When STURMIN come across another of its kind, they will grab each other's tails in a sort of greeting. These POKéMON are very social and are often seen travelling in larger groups. 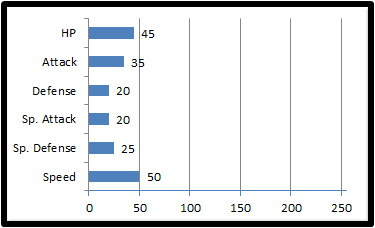 Retrieved from "https://ruby-hack.fandom.com/wiki/Sturmin?oldid=5453"
Community content is available under CC-BY-SA unless otherwise noted.