Atlantoss is a dual-typed Water/Dark Pokémon. It evolves from Hydrocturn when exposed to a Legend Stone. It is the final form of Tadish.

ATLANTOSS are very territorial. They will often pick a vast area of seabed and claim as their own, fighting off every intruder with fierce rage. 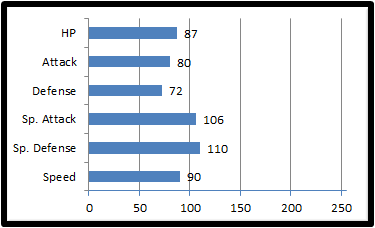 Retrieved from "https://ruby-hack.fandom.com/wiki/Atlantoss?oldid=5149"
Community content is available under CC-BY-SA unless otherwise noted.